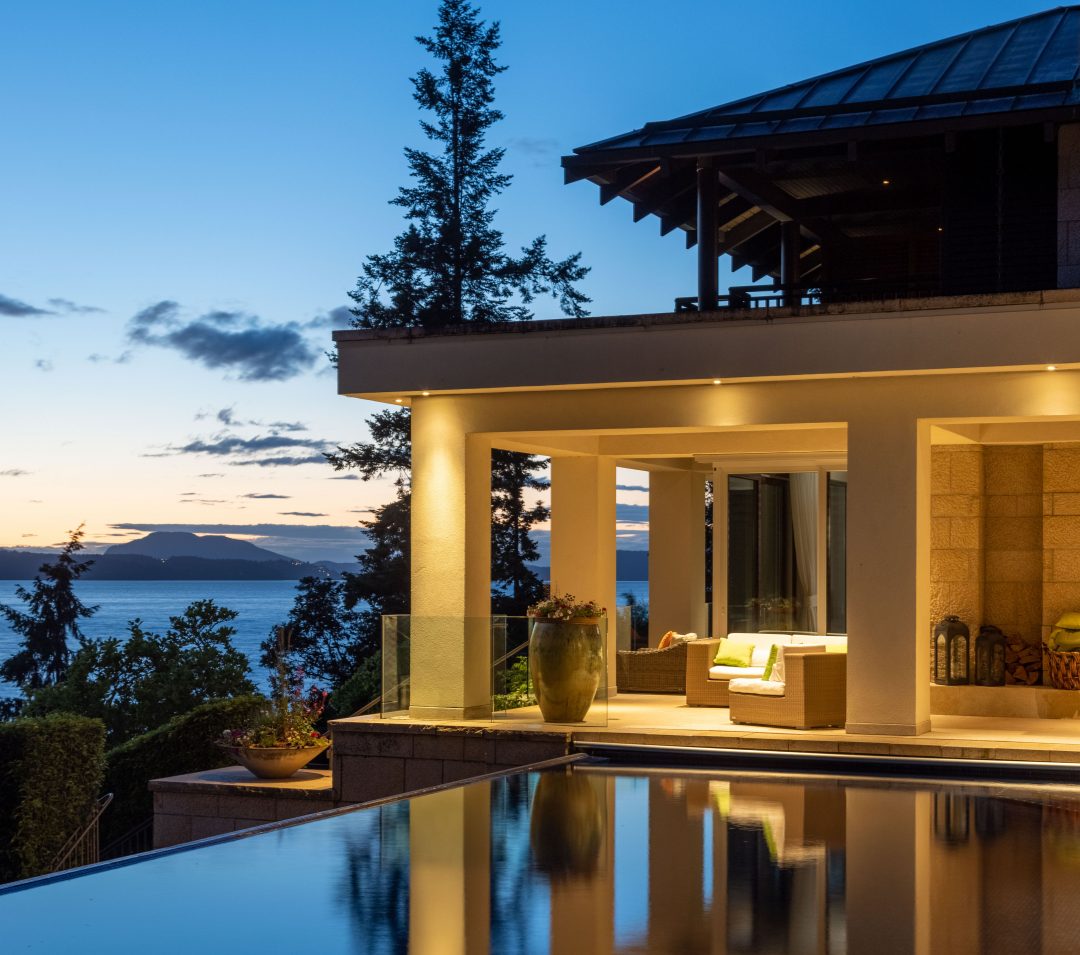 Engel & Völkers is excited to share its 2021 Mid-Year Canadian Luxury Real Estate Market Report. This report combines market data with intel from Engel & Völkers’ local Canadian market experts. The result is a residential property analysis covering the markets in Halifax, Montréal, Ottawa, Toronto, and Vancouver. The report shares insights on what’s happening inside Canada’s top real estate markets including notable trends, in-demand neighborhoods, economic factors, and changing buyer and seller preferences in three different price segments; under $1 million, $1-$3.99 million, and over $4 million. In addition, the analysis discusses how vaccine distribution is affecting real estate through Q2 and forecasts what lies ahead for Q3.

Throughout the first half of 2021, Canada’s luxury markets experienced unprecedented levels of growth. Many factors including changing homeowner priorities, low-interest rates, easy access to borrowing, and extra savings amongst professionals who stayed employed during 2020 combined to accelerate what Engel & Völkers calls ‘the COVID shuffle’.

In a welcome change, Canada’s red-hot real estate markets have begun cooling off as of mid-April. While the country still has fewer housing units per capita than any G7 country, metros have begun to see a wave of market normalization as inventory rises competition levels out. Overall, prices are anticipated to stabilize in the short term while still increase in the long term as borders reopen.

“After an unprecedented run, premium real estate markets are normalizing across Canada’s most in-demand cities, and that’s a good thing. At a global level, Canada’s real estate market is largely undervalued. But with low housing inventory and the buyer frenzy we saw in the first half of the year, Engel & Völkers believes the unprecedented demand for luxury properties will sustain. Local demand for luxury housing increased exponentially during the pandemic and international buyers are excited to return after a year of border closures. 2022 will be a year to watch.”

The beginning of 2021 also saw increased demand for both condominiums and multigenerational living. First-time homebuyers looking to enter the real estate market and retirees hoping to cash in their suburban homes are driving luxury condo sales. As many clients who moved to rural areas during the pandemic have retained their city properties, luxury condo prices are expected to continue to rise in tandem with reopening rollouts across the country. Multigenerational living has also seen noticeable increases in popularity and is now the fastest-growing housing type in the country. Defined as homes with three or more generations living together, multigenerational homes allow families to redistribute and pool their resources to attain higher-quality luxury homes. Engel & Völkers forecasts this growing phenomenon will become more frequent in Canada’s urban and surrounding areas.

Beyond the country’s borders, Engel & Völkers reports global pent-up demand for properties in Canada’s major metropolitan cities. International borders have been closed since the beginning of the pandemic, and international demand upon their reopening is expected to drive the luxury market in Vancouver and Montréal in particular. Given Canada’s limited housing supply, this influx of buyers is anticipated to significantly strain the market.

The Halifax Regional Municipality (HRM) is a strong seller’s market that continues to command interprovincial and international interest. HRM’s popularity can be attributed to a thriving city, cultural attractions, beautiful maritimes, and attractive prices. Last year, the average price for a home in Nova Scotia was $304,590 compared to a national average of $607,250.

For many years, Halifax’s real estate market operated at a slow pace. In 2019, production began to increase due to government talent attraction efforts, including a ‘Work from Nova Scotia’ campaign and a student loan forgiveness incentive. Throughout the first half of this 2021, Halifax’s real estate market has more than maintained momentum and began a historic run. From January to June, homes priced between $1 million and $3.99 million stayed on the market for an average of only five days while homes priced below $1 million spent only 43 days on market. Despite record low inventory numbers in February 2021, total sales in Halifax increased from the previous year.

Overall, single-family detached homes were by far the most popular housing type. In the luxury bracket, 21 homes were sold from $1 million to $3.99 million in both April and May 2021, respectively. The average price hovered at $1.4 million during both months. This is a marked difference from the previous year, which saw zero sales at this price point in April 2020 and only five in May 2020. Now, as Halifax is open to the rest of Canada, Engel & Völkers anticipates a floodgate of interest from clients who were not prepared to purchase site unseen. Historically low inventory levels could create an even more pressurized situation.

With increased urbanization and a luxury market positioned for growth, Montréal is Canada’s next investor favorite.

Despite population loss due to low migration to Québec and the trend towards urban sprawl and rural living, Montréal’s position on the urbanization curve is steadily climbing. As the only French-speaking city in North America, it attracts buyers from French-speaking regions around the world. Additionally, strong working and education opportunities paired with a charming European-like lifestyle have garnered interprovincial and international attention.

Both home prices and production in Montréal continued to rise during the first half of 2021. Total sales priced $1 million or higher grew 115 percent in January, from 61 to 131 year-over-year. This compares to an only 17 percent increase in sales for all homes in the market, signaling a new era for premium real estate. Plexes did exceptionally well in the first four months of 2021, seeing a 74 percent increase in sales compared to the first four months of 2020. Similarly, condo sales for units priced $1 million or higher climbed from January to April 2021, totaling 138 units.

Montréal is still one of Canada’s most affordable cities to invest in real estate, and Engel & Völkers forecasts it entering a strong growth period, with investors creating funds specifically for purchasing luxury detached homes in coveted neighborhoods like Westmount and Outremont. This, coupled with growing opportunities and new construction projects, has positioned Montréal to be the new investor favorite of Canada’s real estate markets.

Engel & Völkers sells century farm in Renfrew, Ontario, for $1.1 million over asking, signaling a new era for luxury in Ottawa and surrounding areas.

In the first half of 2021, a strong seller’s market drove housing prices in Canada’s capital to increase exponentially. A major driver of this trend is buyers’ fear of missing out, which has prompted a 513 percent increase in the number of homes sold in the $1 million to $3.99 million category from January to May 2021 compared to the same period in 2020. The uptick in notable sales Ottawa was replicated in surrounding rural areas as well.

“Ottawa is a rising market for premium real estate thanks to business and tech employees who have invested in the market over the past year. With a new subway line connecting the suburbs to the downtown core and increased international migration, the luxury market is poised to continue growing at a rate previously unseen in Ottawa.”

Since January 2021, average days on market for all homes decreased steadily. In April, the average days on market for all residential properties dropped to 18, down 40 percent from April 2020. In May, houses sat on the market for an average of 13 days. For condos, however, days on market increased. In April and May 2021, units sat for 122 and 110 days, respectively, an increase from 90 days in May 2020. By May, the market saw the start of a leveling-off period. Prices continued to increase, but sales volume returned to pre-pandemic levels, and homes that were once showing to 25 interested buyers are now seeing less than 10.

After an off-kilter 18 months, Engel & Völkers anticipates a return to a more balanced market in the fall. As more government and tech jobs become available and borders reopen, Ottawa will likely see increased domestic and international migration. On a global scale, the city’s real estate is largely undervalued compared to other capital cities, leaving room for growth as Ottawa rises from a government town to a dynamic hub of tech and business.

Fewer buyers are showing up on offer night, and that’s a good thing.

The downtown and Greater Toronto Area (GTA) middle and premium housing markets are emerging from the third wave of COVID in a promising position. Similar to other major Canadian cities, Toronto saw a record-breaking population loss from July 2019 to July 2020, with 50,375 residents leaving the city for rural areas — though, this represents less than one percent of Toronto’s population. Now, however, following the precariousness of 2020, Toronto is seeing renewed interest in city living. Eased lockdown restrictions and vaccine distribution have brought hope for a return to urban living after a year on ice.

January 2021 started off strong, with average home prices rising to $967,885, growing by 15.5 percent year-over-year in the GTA. Overall, home sales were up by more than 50 percent compared to January 2020, for a total of 6,928. All homes sold in the $1 million to $3.99 million bracket nearly doubled from January 2020, with single-family detached homes driving this increase. Homes in this category sat on the market for 24 days in January 2021, down 33 percent from January 2020. The luxury condo market, deemed almost extinct in 2020, has remarkably held its value into 2021, as the number of condo units sold valued between $1 million to $3.99 million has also doubled and prices have held.

Engel & Völkers predicts the market will continue to normalize after a real estate frenzy in the first three and a half months of the year. New inventory coming on the market will remain low, which will likely increase pressure for buyers looking to enter. While the city and GTA have not run out of buyers and sellers, Engel & Völkers predicts a slow summer and holding pattern scenario as lockdown restrictions ease.

Low international migration has Vancouverites realizing the value of real estate and investing in their own city.

Like Toronto, Vancouver is emerging from the third wave of the pandemic in a promising position. Buyers’ growing interest in real estate as an investment and desire to own primary residences have driven significant growth. Recreational property and homes outside of the city continue to see high sales as people search for an escape from the city, resort-style amenities, and larger spaces. Unfortunately, the third wave of COVID sent Vancouver into another province-wide lockdown, making it difficult for buyers to purchase property outside of their regional health authorities.

Engel & Völkers reports a robust condo market in Vancouver since the start of 2021. Sales remain stable and are continuing to increase, signaling that buyers are still interested in condo living or taking an initial step into real estate. Condos at all levels within premium and ultra-luxury markets continue to sell with an increased focus on quality over quantity. Wealthy buyers are not concerned with the amount of money they are spending on a home, but rather, with the quality of the home they’re investing in including amenities, square footage, and parking.

Vancouver is still in a seller’s market; the city will begin to see a normalization period and return to a more balanced market in the fall. Driving this trend will be Canada’s new mortgage stress test, which Engel & Völkers reports will greatly affect first-time homebuyers in Vancouver. With the gradual reopening of provinces across Canada, Vancouver is poised to see an influx of national and international migration, potentially from regions like Hong Kong and California. The luxury market will continue to grow steadily and see increasingly more ultra-luxury home sales.

Explore the full version of the report below. 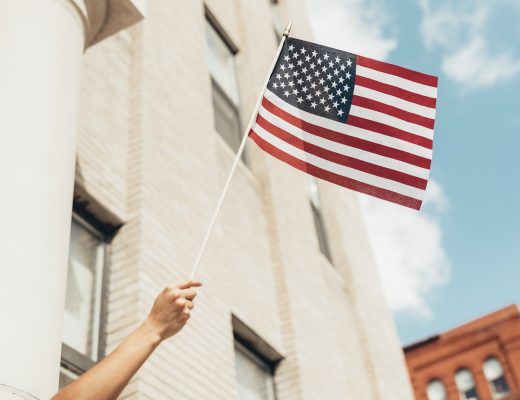 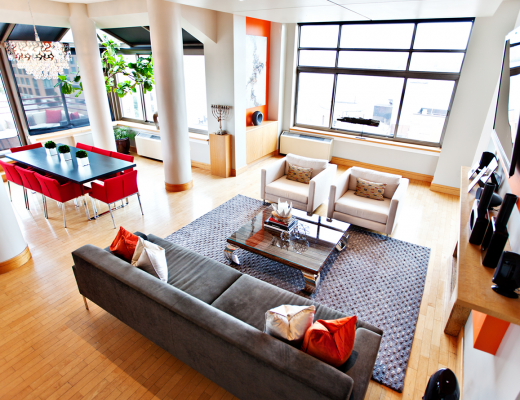 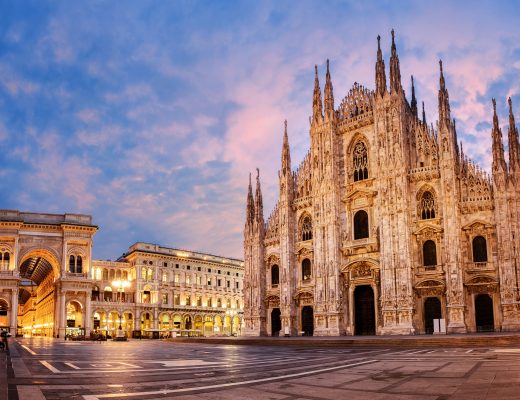