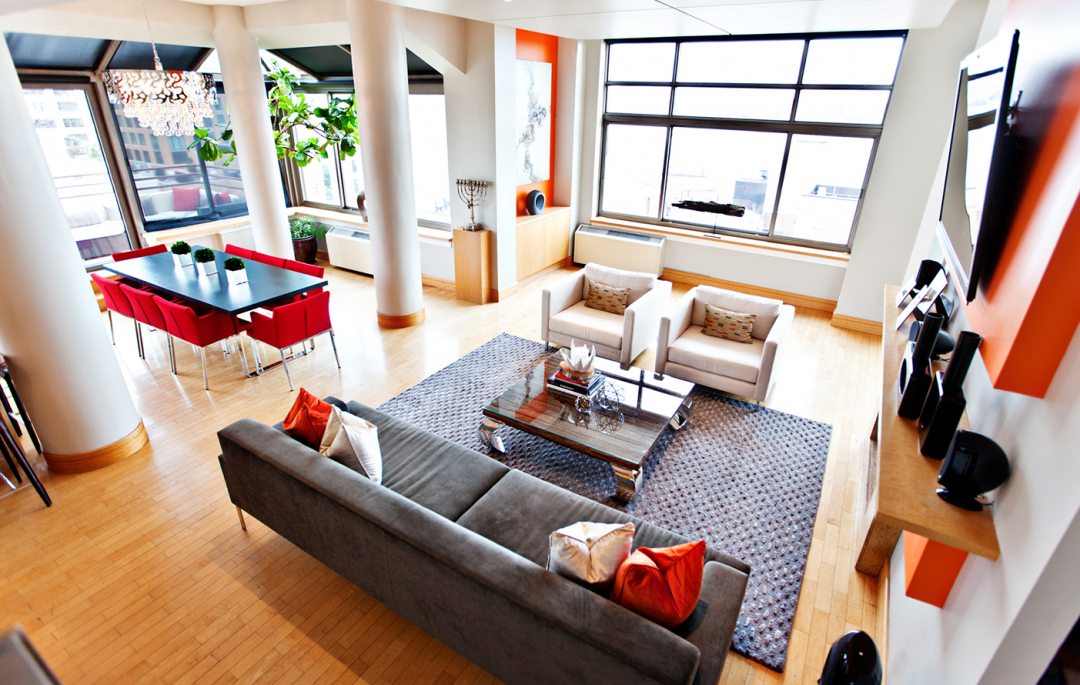 At Engel & Völkers we are proud to honor and celebrate Black History Month by highlighting Black leaders and voices, along with Black-owned businesses in the markets in which we serve. Since the late 1800s, Black architects and interior designers have been influencing markets across the Americas, all while facing enormous social and economic barriers in a primarily white industry.

Currently, Black Americans account for 2% of architects and less than 2% of interior designers, but despite this lack of representation, Black creatives continue to draw inspiration from their unique cultures and experiences to build and design extraordinary homes across the world. While conditions are improving, many talented Black creatives are lacking the recognition that their work merits. In part, Engel & Völkers is highlighting seven Black architects and interior designers whose work speaks for themselves. While this list is in no way exhaustive, it gives an introduction to some of the brilliant minds building and designing across the Americas.

After serving as the second youngest president of the National Organization of Minority Architects (NOMA) from 2019-2020 and becoming a Principal Architect at HOK in Chicago, there is no doubt that Kimberly Dowdell has made her mark on the architecture industry. As the 295th of less than 500 Black women licensed to practice architecture in the United States, Dowdell recognizes the need to engage more diverse audiences in architecture. During her tenure as NOMA President, she spearheaded a mentorship program to engage young people in architecture and developed the 2030 Diversity Challenge, an organized effort to increase the number of black licensed architects over the course of this decade.

The 2020 AIA Young Architect Award recipients’ professional mission is to “improve the quality of life for people living in cities.” Aligning with this mission, she has worked with the Detroit Developer Roundtable and the Urban Land Institute. She also co-founded the Social Economic Environmental Design Network (SEED Network), a network of designers and like-minded citizens who support civic responsibility and engagement in the planning, landscape, design, and use of both public and private spaces.

Founder of Halden Interiors, Kesha Franklin, started her career in interior design by creating the floor plans for her first home. It came naturally to her after a childhood of reading her father’s collection of Architectural Digest and GQ magazines. Now a self-taught professional, Franklin is known for her residential and hospitality designs. However, the road has not always been easy. Being self-taught and entering primarily white spaces made Franklin feel very lost noting that industry events felt like interviews and other designers were often cliquey and cold towards her.

Despite Franklin’s struggles, she has been able to build both her confidence and brand, while creating a name for herself in the industry. In 2018, she established Halden Interiors, her New York-based design firm. Here, Franklin’s striking aesthetic as an interior designer shines through. Her background in fashion gives her a special eye for creating airy, luxe spaces. By skillfully curating color palettes and balancing textures and furnishings, she has been able to design a number of stunning interiors including designs for Colin Kaepernick and other high-profile clients.

Outside of her success, Franklin still advocates for increased diversity in her industry.

“The definition of diversity means a state of being diverse, having variety; being composed of differing elements. To me, that is the essence of interior design: bringing together a mix of furnishings, colors, time periods, materials, and cultural stories of the individuals who dwell in the spaces. Our designs may represent the beauty of diversity, but as an industry, we lack variety in the representation of the many faces that create that beauty.”

In 2000, Leydin Lewis founded Leyden Lewis Design Studio in Brooklyn. The studio specializes in designing luxury residential properties that are poetic and culturally sensitive. Lewis grew up in traditional spaces that lacked inspiration and has dedicated himself to creating new and exciting designs that challenge the industry.

“As a designer, I am the sum total of my training, travels, experiences, and my heritage including the age, time, and place(s) that I live. I spring from a rich Trinidadian heritage that is, and will always be, a part of the way I see and experience the world. As a Black designer today, I live a Creole existence where cultures and technology fold into a hybrid of identity both modern and ancient.”

Lewis has designed beautiful spaces around the world that speak to his knowledge of art, architecture, design, and performance. He enjoys working collaboratively with his clients to ensure the spaces he designs for them embody not only their vision but also their very essence.

Samantha Josaphat, the 397th black female architect to be licensed in the United States, founded the appropriately named Studio 397, a New York City based design firm specializing in architecture and interior design. In her own words, Josaphat is an “unapologetically young and fabulous woman defeating the odds in both the STEM and construction industry.” Her ability to defeat the odds stems from her love of design, fashion, and sustainability.

“Design for me is not only expressed in the spaces I design, but also in my connection to fashion and commitment to living a healthy, sustainable lifestyle.”

Like Dowdell, Josaphat is also a leader within NOMA. As the 2019-2020 New York Chapter President, she committed herself to increasing minority architect interest through community engagement and professional development programs. Josaphat also teaches at The Bernard and Anne Spitzer School of Architecture at City College in New York City.

In 2007, husband-and-wife Jeanine Hays and Bryan Mason began their blog AphroChic as a way to explore the intersection between modern design and global culture. The couple’s brand quickly expanded beyond blogging into interior design, product design, fashion, and content creation while continuing to highlight Black culture, design, arts, fashion, and technology.

Hays and Mason recognized the lack of representation of Black voices in the design world and created their brand in response. The couple views design as a way to not only create comfort in the home but also to document a culture or world view. Thus, the lack of Black voices in the design world created a subsequent lack of Black stories and culture in the home.

“In seeking to correct this lack of representation, which should not be confused with a lack of presence, AphroChic has continually worked to design rooms that tell a unique cultural story.”

While designing rooms with unique cultural stories Hays and Mason have created five collections of home decor. The collections all draw inspiration from the African diaspora to tell a story while contributing to AphroChic’s wider goal of cultivating a uniquely African American design style.

Curtis Moody, President and CEO of Moody Nolan, would like to be remembered as “just an architect”. Though, heading a company like Moody Nolan, the AIA 2021 Architecture Firm of the Year and the largest African-American owned architecture firm in the United States, might make that a little difficult. The Ohio based company maintains eleven regional offices across the country and designs everything from college sports facilities to healthcare institutions.

Moody’s desire to design started young. His first exposure to architecture was seeing the drafting table of a family friend who was a contractor. Seeing someone from his neighborhood, a low-income area northeast of Columbia, Ohio, working in design motivated him. The desire to design persisted, and in 1982, Moody started his own architecture firm (then known as Moody and Associates). After a year, his firm staffed nine members, and Moody joined forces with Howard E. Nolan & Associates to create Moody Nolan. The firm has grown exponentially since then but keeps its commitment to ensuring each space it designs performs, inspires, and endures.

In addition to working on college sports and academic facilities, healthcare institutions, luxury hotels, performing arts centers, and libraries, Moody has invested his time and energy into Columbus’s neglected neighborhoods. Throughout the Near East Side, Moody has helped develop theaters, schools, and parks, all while preserving the community’s culture.

Michael Marshall, CEO and Design Principal of Michael Marshall Design (MMD), grew up in Washington, DC, during the civil rights movement. He returned to DC later in life as a successful architect and worked on projects to reinvigorate the areas he saw devastated by the 1968 riots that followed Dr. Martin Luther King, Jr.’s assassination. Marshall’s unique perspective has made him perfectly suited for urban development.

“I think African American architects and other minorities can bring some of the nuances that might not be covered when looking at the development of the city.”

Marshall has used his team of architects, brand strategists, and design thinkers to not only build incredible structures but also to solve problems in communities around the world. In Cartagena, Colombia, MMD has developed an Urban Plan For Internally Displaced People. The project includes mixed-income housing that creates a means for social integration by design while remaining regionally and economically sustainable. Two hotel towers will serve as employment generators and The Gabriel Garcia Marquez Cultural Center will provide a space for community and culture to flourish. 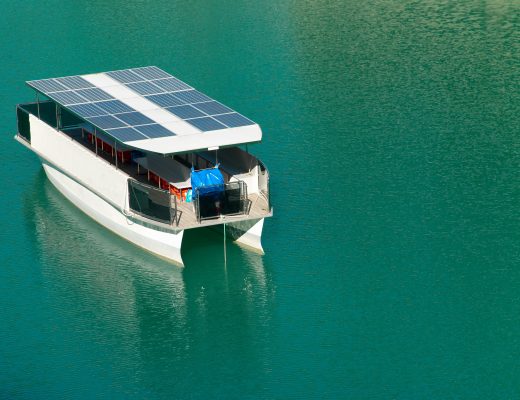 The Future of Luxury Yachting