TO OUR FRIENDS IN PROFESSIONAL REAL ESTATE:

It is with shock and disappointment that I issue the following statement, especially during a time when we should be celebrating how far our society has come on a path toward LGBTQ+ equality. We should be turning against injustice, not against one another.

At Engel & Völkers, we have a zero-tolerance policy for any discrimination, whether based on sexual orientation, race, gender, age, or otherwise. We take pride in our industry partnerships with organizations that celebrate diversity and support a mission to raise awareness, educate, and advocate for Fair Housing.

While Engel & Völkers has always and, even today, continues to align with the mission of the National Association of Gay & Lesbian Real Estate Professionals (NAGLREP), we must address accusations made by its current CEO, Jeff Berger, against one of our affiliated real estate advisors, threats made against me, one of our senior vice presidents and our brand, as well as the abrupt and extremely public termination made by him of our national partnership.

We believe it is the right of any member of an organization to adequately question the business practices of its leadership without fear of retaliation. We do not condone the approach or tone our advisor took in pursuing answers to his questions and concerns as an active member and long time supporter of NAGLREP. However, the reaction of Mr. Berger was no better than that of our advisor. Mr. Berger has tried to turn a simple request for transparency in the management of NAGLREP into an attack on his sexual orientation. There was no such attack. While the advisor does not speak for Engel & Völkers, we know him as a committed LGBTQ+ activist for many years. Not only was he terminated from NAGLREP without notice, but other advisors affiliated with Engel & Völkers were terminated without apparent reason. Worst of all, Mr. Berger chose to publicly challenge the motives of Engel & Völkers simply to divert attention from the real dispute.

Based on the documents that we have been provided by both parties as well as posts presented by Mr. Berger on social media, we believe the exchange between them was beyond aggressive and inappropriate by both individuals. As someone who is personally sensitive to these issues, I frankly do not see where Mr. Berger’s sexual orientation was questioned. While I am not Mr. Berger, and I do not want to speak for his perception of the communications, many of his actions and words, especially as a high profile leader in this community, are disproportionate. By censoring social media comments that question his behavior and disseminating falsehoods about Engel & Völkers to industry leaders, Mr. Berger appears to be creating an alternative narrative with the possible intent to draw attention away from the serious questions and concerns initially being posed about his management of NAGLREP. We at Engel & Völkers sincerely hope that, once an unbiased review of the books and records of NAGLREP is conducted, it will be determined that there has been no mismanagement.

After receiving an ultimatum that our corporate partnership would be terminated should the advisor not be immediately removed from affiliation with Engel & Völkers, I reached out to Mr. Berger to better understand his position and explain our interpretation of the information available to us. Because we have had a mutually respectful relationship in the past, I expected we would work together to de-escalate and amicably resolve the situation. Unfortunately, within minutes Mr. Berger called me a fraud and stated that he was terminating our partnership with NAGLREP.

As someone who has been personally affected by the discrimination that NAGLREP and other organizations stand against, I’m deeply saddened that the alleged actions of one person have condemned an entire group of people, which is exactly what NAGLREP has fought against since its inception. With anti-bullying at the core of NAGLREP’s thought leadership platform, Mr. Berger’s posts and subsequent impulsive actions are cause for concern.

Because NAGLREP and its mission are critical to both our industry and the LGBTQ+ community as a whole, I ask those who are in power, especially the NAGLREP board of directors, to protect its integrity by, at a minimum:

I sincerely hope the leaders and decision-makers who read this letter will ask the tough questions, stand up and take action to make the changes needed and hopefully allow Engel & Völkers and all of its advisors the opportunity to partner once again with NAGLREP.

NAGLREP and its mission are important, but so are the reputations and the professional and personal lives of its members. I write this letter not only for Engel & Völkers — but for all of us as believers and fighters for equality. 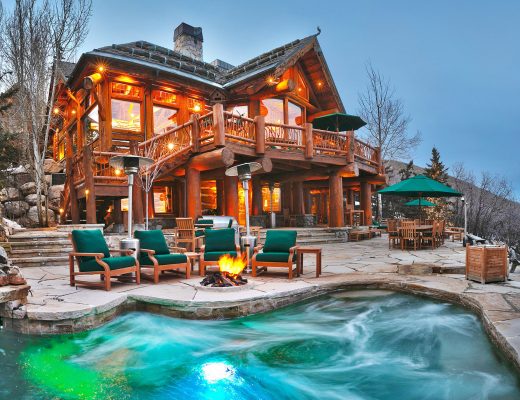