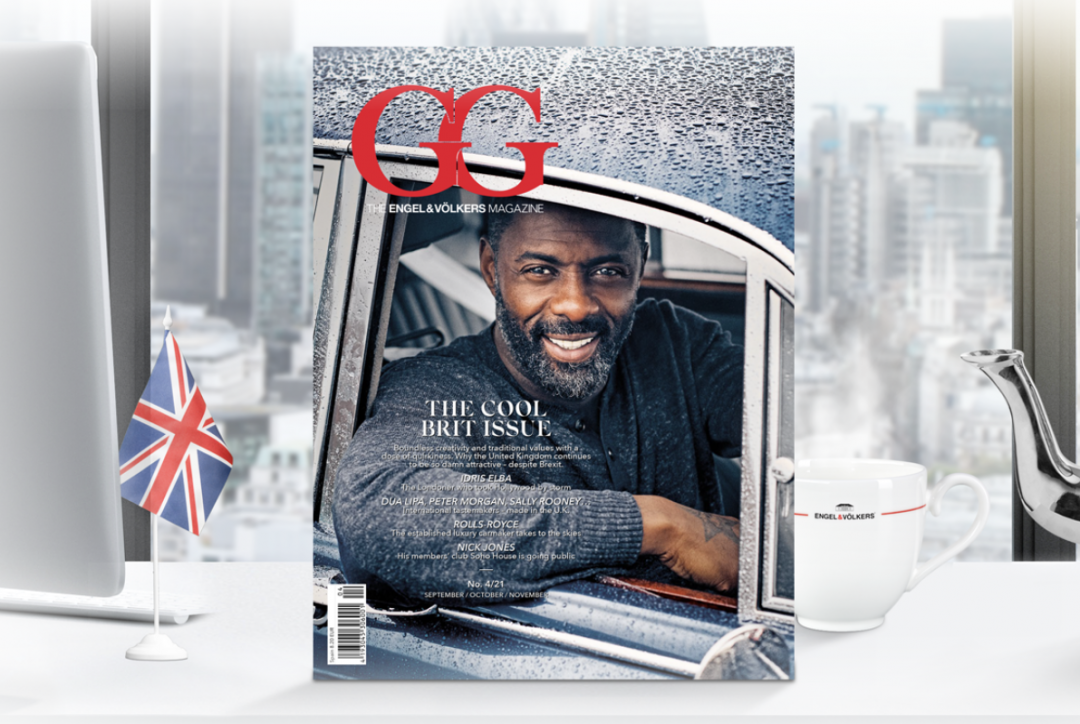 The latest issue of GG Magazine is now available. Explore this season’s edition of your global guide dedicated to Britain’s coolest cultural contributions.

As Engel & Völkers enters the U.K. market, this season’s issue is known as “The Cool Brit Issue” — introducing you to several world-famous British stars at the top of their game.

Meet acclaimed actor Idris Elba who is now a contender for the next James Bond, and catch up with Nick Jones, founder of the international members’ club Soho House. Also covered are luxury carmaker Rolls-Royce’s ambitious plans to build the world’s fastest electric aircraft and Chris Hanley’s incredible Invisible House. And as usual in every issue, you can look forward to industry news from Engel & Völkers CEO, Sven Odia.

Whatever Idris Elba sets out to do looks easy. It’s this effortlessness that makes him irresistible. The British actor also has multidimensional talents. Besides acting he produces, directs, writes, and composes. He is also a UN Goodwill Ambassador, kickboxer, racing driver, rapper, singer, and D.J. Simply, he is always on a mission.

Upwards of certain budget sizes, there are unwritten rules in the movie industry. One of these is that actors are not allowed to display their talents across too wide a spectrum, but are typecast instead. This rule no longer applies to Idris Elba. Long before campaigns like #OscarSoWhite or the debates around diversity in Hollywood, Elba embodied roles for which non-white actors had rarely been hired up to that point. For many years, Idris Elba has been touted as Daniel Craig’s successor in the role of 007 to become the first “Black Bond.” It’s a rumor fans and journalists are so excited about that they still ask Elba for a comment at every possible opportunity, leading his publicists to request would-be interviewers politely to please not bring up that particular topic.

“I don’t consider myself a ‘Black’ actor. I’m an actor, not a number.“

Elba has previously confirmed how much he would have liked the part, but that it had never in fact been offered to him. He admitted how much this bothered him in an interview with Vanity Fair two years ago. Elba said it was disheartening to be told by the old guard in the industry that it wouldn’t work and to realize that it was really all about the color of his skin. “And then if I get [the job] and it didn’t work, or it did work, would it be because of the color of my skin?” He concluded that it was a difficult position to put himself into when there was no real need to. Today, at the age of 49, he is, presumably, too old to be James Bond. But who knows? Maybe he will be able to override this rule, too.

British entrepreneur Nick Jones has created an empire with his Soho House group. This June, he announced the company’s IPO in New York.

Private members’ clubs first began appearing in London to provide spaces where people could keep drinking after the pubs closed. Jones started off in 1992 on Greek Street in Soho with the Café Boheme, one room with drinks, snacks, and music. People would enter the club and simply stand around socializing. Jones’ first Soho House was developed in the same building in 1995. The formula is quite simple: eat, drink, sleep – these will always be people’s primary needs, in any city, in any country. Today, the business has grown into an international chain of members-only clubs, with 29 clubhouses in 11 countries.

“I don’t want a corporate or after-work atmosphere – people who bring the day’s tension-induced sweat to the bar.”

The dress code at all of Jones’ locations is casual only, a turn from traditional private clubs where members dressed to impress. Jones explains that when ten people all wear the same outfit, he feels like falling asleep with boredom. In opposition to clothing hierarchies, the clubs require casual looks that don’t give an indication about someone’s status. Subsequently, everyone starts off on an equal footing. It makes it easier for people to approach each other and helps attract creatives who don’t get changed to go to work.

Click here to read more about the Soho House group.

The Wings of Change

Rolls Royce has been a symbol of British elegance since 1904. Now the time-honored brand is setting itself apart on two fronts simultaneously – with a bespoke luxury car and the world’s fastest electric aircraft.

“298 mph! With this racing aircraft, we want to demonstrate the technical possibilities and get people enthusiastic about e-viation.”

Few British brands are as well-known as Rolls-Royce. But the famous name doesn’t stand for luxury cruisers alone. It also belongs to an aircraft component and technology firm, which has been separate from the car manufacturer since 1973. Each of the two companies stands for excellence made in Great Britain.

At first glance, the 5.8-meter-long Rolls-Royce Boat Tail resembles a yacht built for the road. It boasts lots of maritime features and is painted in nuanced shades of blue that merge into a wooden deck at the rear – resembling a yacht that was built for the road. At the touch of a button, the deck opens like elegant butterfly wings to reveal a hosting suite containing a champagne cooler, compartments for cutlery and crockery, two cocktail tables, and two stools. The entire ensemble is topped with a sunshade on a telescopic pole. From its body to its interior fittings, the Boat Tail is entirely custom-built, and at 23 million euros, boasts the world’s most expensive price tag for a new car. It was released last May after four years of development. But the Boat Tail isn’t just the priciest car ever launched in the luxury vehicle segment, it also represents the pinnacle of what’s possible in a custom-made car.

Additionally, Rolls-Royce engines power more than 35 different types of civilian aircraft – including the Boeing and Airbus planes operated by commercial airlines. In Gloucester, Project Manager Matheu Parr is eagerly awaiting the next milestone in the history of aviation which will take place this year: the Spirit of Innovation’s maiden flight. With a top speed of 298 mph, the zero-emission electric racing plane is expected to set a new world record. First, however, the plane will be transported by road to Boscombe Down military airfield. The flight itself will only last eight minutes, which is the maximum the batteries will allow when the plane is going at top speed.

The Invisible House in Joshua Tree, California, truly lives up to its name: its mirrored frontages seem to merge with the Mars-like desert landscape. The design is the unique vision of “American Psycho” producer Chris Hanley.

If you look closely, you can just make out the edges of the mirrored Invisible House, which reflects the rich colors and deep shadows of the desert landscape. Arguably the most spectacular property in southern California, its absolute solitude takes the dream of escapist living to a whole other level.

Bright bursts of desert colours give a luminous glow to the house.

Everywhere you look, mile after mile of solid rock and desert sand unfolds like a carpet in front of you. Every now and then a Joshua palm lily rises up from the ground – the species that has given its name to the adjacent Joshua Tree National Park. There is a deafening silence in the air. The sun is scorching hot. In summer, the temperatures here in the Mojave Desert in western North America can soar to more than 130 degrees; in winter, the stony lunar-like landscape is sprinkled with a blanket of snow.

It is these extremes that have inspired the Hollywood producer and director Chris Hanley, who has been coming here with his wife Roberta since the 1990s – whenever they need a break from the hustle, bustle, and frenzy of the film world. In the winter of 2005, they came across the plot of land on which they went on to build the fabulous Invisible House.

Click here to read more about the invisible house. 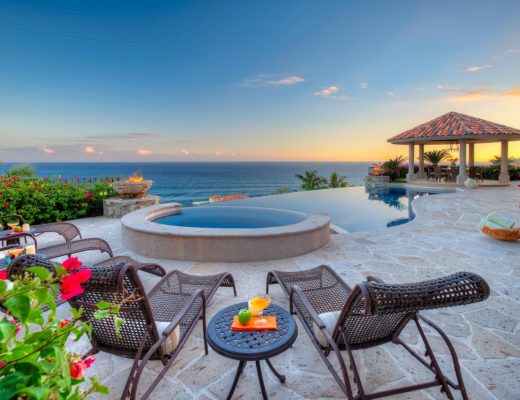 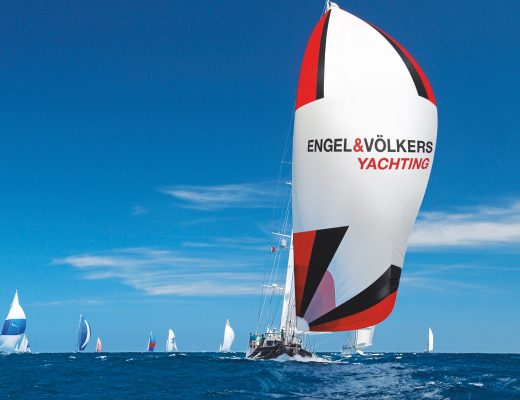 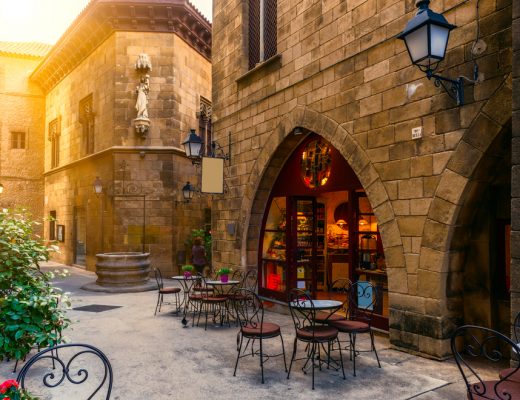