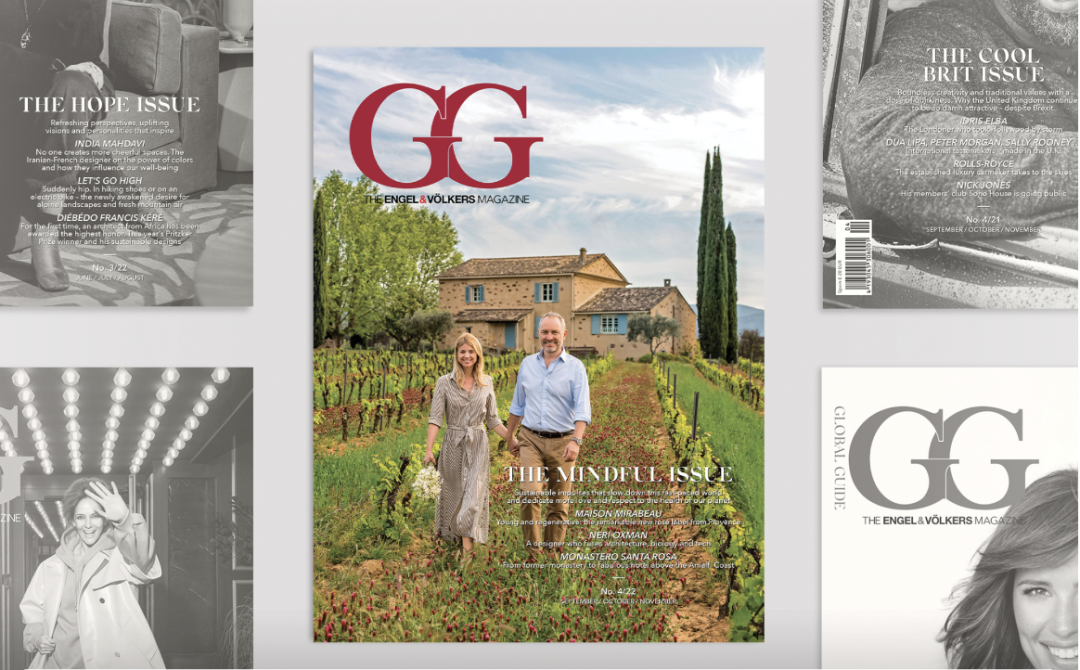 Explore the latest issue of GG magazine—a global guide dedicated to uplifting individuals and companies around the world.

This season’s issue of GG magazine is known as The Mindful Issue—inviting us to take a step back from our often hectic lifestyles and find new ways to live sustainably.

In this issue, we introduce you to Stephen and Jeany Cronk, pioneers in sustainable agriculture who founded Maison Mirabeau, a rosé brand dedicated to regenerative winegrowing. You will also hear from Neri Oxman, an American-Israeli whose multidisciplinary design approach is pushing boundaries. Finally, you’ll be whisked away to Monastero Santa Rosa Hotel & Spa, a converted monastery on Amalfi Coast of Italy.

As the sun sets against a luminous evening sky, Domaine Mirabeau and its surroundings glow in a majestic—yet appropriate—pale pink hue. The cicadas’ singing is only interrupted by the gentle popping of a cork. In this idyllic setting, Jeany and Stephen Cronk are living their 11-year dream of becoming winemakers in southern France.

A mere 45 minutes from Saint-Tropez, in the heart of Provence, the Cronks’ new rosé brand has risen to prominence and is shaking up the traditional, established wine scene. Provence is the world leader in refreshing, pale pink wines, and the Mirabeau range tastes like summer, lightness, and good vibes. The label has become particularly popular in England, but increasingly, buyers around the world are also showing an interest.

When the Cronks acquired the Domaine Mirabeau estate, they learned an unexpected lesson on the damaging effects of monoculture farming. The Regenerative Viticulture Foundation, which Stephen Cronk recently established, aims to give resources to winegrowers around the world so they can learn the advantages of sustainable growing methods with the help of international experts.

“You have to treat soil as a living organism. It’s full of fungi and bacteria. Once you realize that a single teaspoon of soil contains more than 8 million different microbes, you can imagine what plowing does: It kills them all.”

Growing the right plants allow the ecosystem to exist in harmony with the vines and produce the minerals that the vines need to grow. Given the prevalent confusion and misinformation on the subject, Cronk is working through his foundation to publish studies containing verifiable, evidence-based facts— a necessity to get people to approach wine growing differently.

An avant-garde star of the scientific world, Neri Oxman is known for her eclectic design style, which explores the intersection between technology, biology, and sustainability. Spending most of her childhood in her parents’ architecture studio in Haifa and grandmother’s garden, Oxman grew up with nature and design as a blueprint of her everyday life.

With these inspirations, Oxman has designed enough creative works to fill three lifetimes—and she’s only 46. Categorizing Oxman’s projects is difficult; from aesthetic objects to robots capable of printing houses, it seems as if she’s done it all. She refers to her discipline as “material ecology”, a study of the cohesive union between ecology and the artificial world.

How does she combine ecology and the artificial world? During her solo exhibition at the Museum of Modern Art, she presented a giant pavilion—six meters high and five meters wide—that was spun by over 17,000 silkworms with the help of computers and robots. Unlike conventional silk production, not a single larva died, which would be impossible without Oxman’s vision.

“We are entering a new period, a new paradigm in design. Now we can work with difference and differentiation. We can begin to inform how we design spaces, products, experiences to be custom fit and continuously changing and adapting.”

Looking forward, Oxman hopes to create buildings whose facades adapt to weather and lighting; building parts that can regenerate themselves like cells; and continue designing wearables containing living organisms. Her goal: set in motion synthetic biological processes that could one day enable humans to survive on other planets.

Read more about Neri Oxman’s vision for the future here.

The Monastero Santa Rosa Hotel & Spa did not begin as a luxury destination. In fact, during the 17th century, it was a monastery home to nuns and their visitors. Twenty-two years ago, Bianca Sharma, who is now the hotel’s owner, first set eyes on the extraordinary premises high above the Mediterranean. She was taken by the deep blue sea, high cliffs, and stone monastery seemingly growing directly from the steep rock.

“When I asked the boat captain about the structure, he told me it was a monastery and that it was for sale. Something strongly pulled me to want to learn more, and I returned to the U.S. with a dream of bringing this abandoned building to glory by creating a luxury hotel.”

Sharma was successful in her endeavor to renovate and revive the structure and when furnishing the 20 rooms and suites, she took particular care in retaining the building’s austere character. Warm mahogany wood combined with precious, light-hued textiles creates a wonderfully harmonious effect in the former nuns’ quarters.

Despite the monastic aesthetic, guests want for absolutely nothing when it comes to coziness and comfort. The 20 to 25-square-meter rooms, each with a private balcony, were created by combining two or more of the original nuns’ cells and feature every technical luxury imaginable. Great attention to detail has been paid to every part of the Monastero Santa Rosa, and guests see it wherever they look. From delicious pastries and fine dining from celebrated chef Alfonso Crescenzo to hand-painted wooden ‘Do not Disturb” signs, the luxury hotel is meticulously planned to serve its guests.

Looking to plan your next vacation?

Spain’s capital, Madrid, is cosmopolitan destination rich in contrasts, and increasingly environmentally friendly. Home to 3.3 million, it is one of Europe’s most populous and historically rich cities—featuring architecture from multiple epochs, narrow streets, opulent palaces, and historical monuments. In the business district, modern high-rise buildings contrast the ninth century structures that first defined the city.

In a prime example of urban development that is enviromentally conscious, the city restored and landscaped the area on the banks of the Manzanares River, transforming it into an attractive park.

In fact, Madrid has a comprehensive plan for making the city even greener: The government intends to plant around half a million trees, creating a 46-mile city forest that will improve air quality and capture 175,000 tons of carbon every year. The city will plant primarily native species as they don’t require much water. This green city wall is part of Madrid 360, a strategy created to achieve the goals set out in the United Nations Agenda 2030 for Sustainable Development.

Read more about what makes Madrid so unique here. 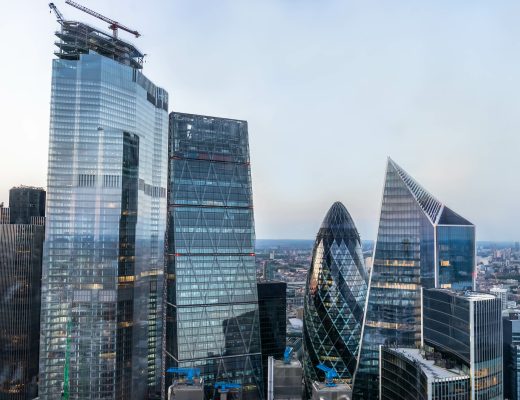 The Newest Addition to the London Skyline 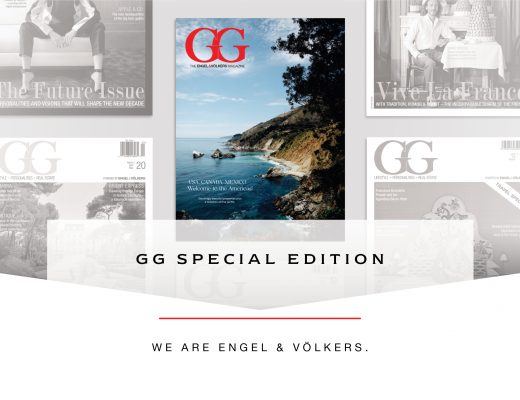 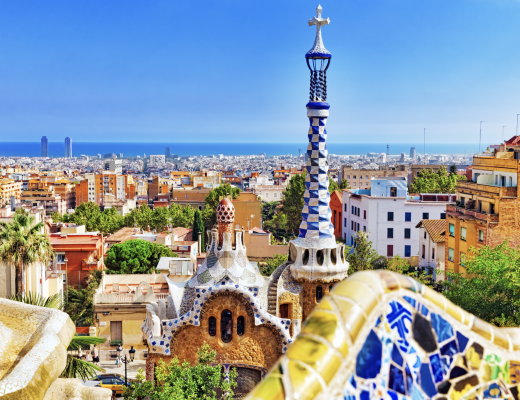